THE FARM OF IDEAS 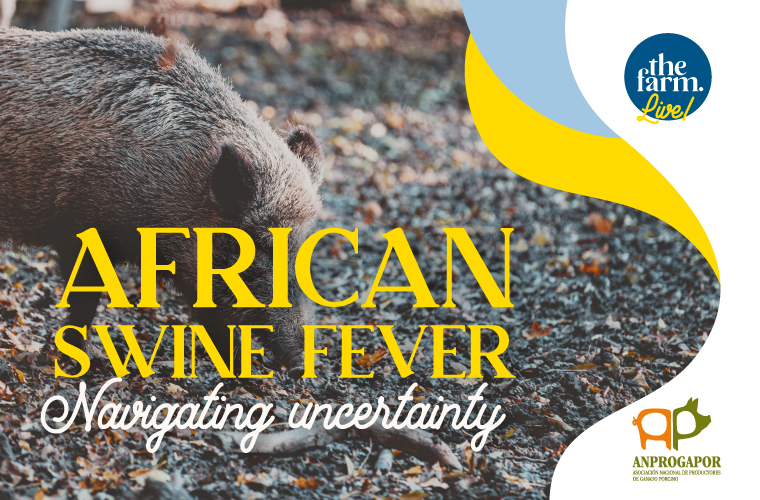 Which is the current situation regarding ASF?

One of the main worries of the sector is African swine fever. Because of this, in this webinar we update the situation of this disease in Europe and the rest of the world.

To that end we count on the greatest international expert on ASF:

✅ Dr. José Manuel Sánchez-Vizcaíno (Professor of Animal Health at the UCM and person in charge of the Vacdiva project)

And as hosts of the webinar:

Did you miss it? You can watch it again here and know the opinion of the experts.

Are things being done the right way in Europe?

We are living the evolution of the ASF from Poland to Germany. The situation regarding wild animals is still complicated due to the great density of wild boars and their movements.

Belgium and the Czech Republic only suffered the disease in wild boars and managed to eradicate it. The work they have done to control the disease has been excellent.

Sardinia could follow the steps of the two previous countries. It is making great efforts, and no positive cases have been found among the wild fauna for more than a year.

If PPA reached the American continent, which would be its most probable entry point?

Gong back to the EU, the real problem is that a country can be closed if a wild boar is infected. From that moment a country is considered infected: not the pigs but the whole country.

Regionalisation is imposed by the EU directives, and compartmentalisation is the responsibility of the farmer, that proposes the compartment that they can control, that it is totally hermetic, and that they have the control over all the process. The farmer is who carries out all the controls.

Dr. José Manuel Sánchez-Vizcaíno also talked to us about the evolution of the vaccine and of his Vacdiva project:  a vaccination model for wild boars and pigs. Wildlife is the main problem for Europeans and Asians, because in Asia there is a greater wild boar population than in Europe, but they have not noticed the problem that this entails yet.

The vaccine that the Vacdiva project is developing will be a safe and effective live vaccine: a vaccination scheme applied to each of the epidemiologic scenarios present in the world.

Stay tuned to our social media to be informed of the pig news and sign up on our YouTube channel to watch all the webinars.

An email can be the beginning of a great relationship

Subscribe to our Newsletter and don't miss anything that happens in the agri-food sector.

We use cookies on our website to give you the most relevant experience by remembering your preferences and repeat visits. By clicking “Accept”, you consent to the use of ALL the cookies.
Cookie settings ACCEPT
Manage consent

Necessary Always Enabled
Necessary cookies are absolutely essential for the website to function properly. This category only includes cookies that ensures basic functionalities and security features of the website. These cookies do not store any personal information.
Analytics
Analytical cookies are used to understand how visitors interact with the website. These cookies help provide information on metrics the number of visitors, bounce rate, traffic source, etc.
Marketing
Advertisement cookies are used to provide visitors with relevant ads and marketing campaigns. These cookies track visitors across websites and collect information to provide customized ads.
Save & Accept